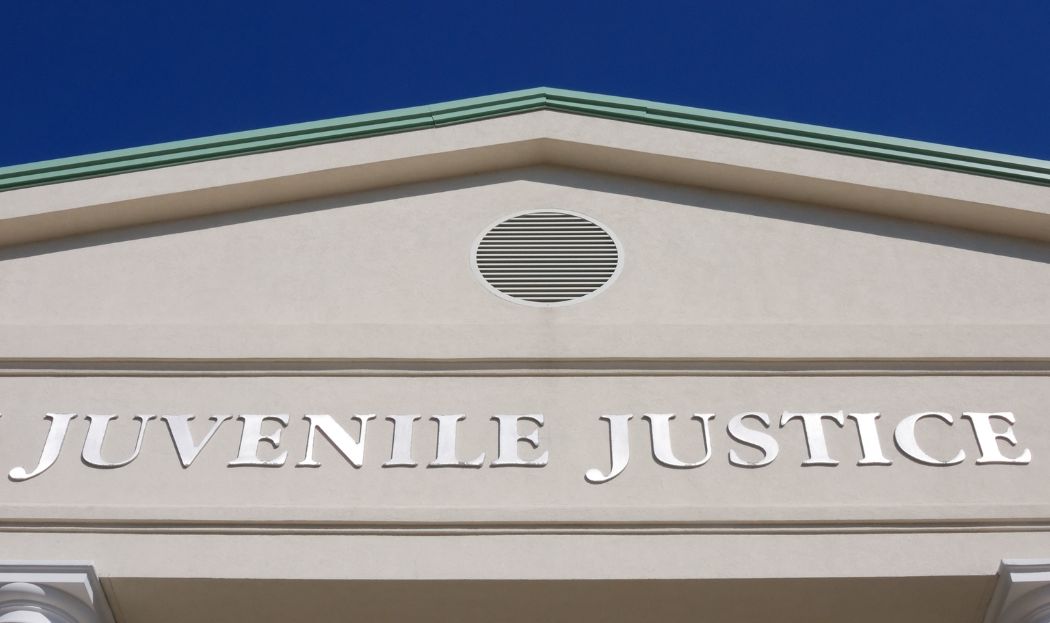 When minor children are implicated in criminal activity in Waxhaw, North Carolina, there is not only a completely different set of rules and standards for prosecuting and sentencing them but also an entirely separate juvenile court system.

Because children’s brains are still developing, criminal sentencing—even for serious offenses—is meant to be scaled back appropriately and focused on rehabilitation rather than punishment. This ensures that young people are given the chance to learn from their mistakes rather than have their futures crippled by them. In theory, the system that prosecutes juveniles—meaning the judges, front-line authorities, social workers, and state prosecutors involved in a case—should all ensure that a child suspected of a crime learns their lesson effectively without undue negative consequences that follow them for the rest of their lives.

Of course, there are also significant similarities between the dual court systems in North Carolina:

Considering the several stark differences between the procedures for Waxhaw juvenile crimes and those for typical adult charges, it is best to have the services of a criminal defense attorney that specializes in juvenile offenses. It is crucial to retain counsel from the highly experienced juvenile criminal attorneys at the Law Offices of Huffman & Kendrick.

What Is Juvenile Court?

Juvenile court is a special court system established in North Carolina and other states that is designed to handle criminal matters and other situations where a minor child is the principal party. Juvenile court will almost always be the arena for any criminal proceedings if the suspect or defendant is under the age of 18.

While the main criterion for being a legal juvenile is simply being between the ages of 6 and 17, there are a few other criteria that may be relevant in certain situations. To be legally defined as a juvenile (and thus under the jurisdiction of the juvenile court), someone must be under 18, but must also be:

While most criminal activity perpetrated by 6- to 17-year-olds will be a matter for the juvenile court system, there are some circumstances under which a minor can be tried as an adult in North Carolina:

In North Carolina, the purpose of the separate juvenile court system is to help and rehabilitate troubled youths rather than punish them. Living up to this promise for the children and families of North Carolina requires collaboration and commitment from all authority figures involved, as well as attorneys on both sides of the process. The juvenile crime attorneys at The Law Offices of Huffman & Kendrick understand what makes the juvenile court system unique. We are ready to put our skills to work, ensuring the best possible outcomes for young people who find themselves in legal trouble.

What Is Juvenile Delinquency?

“Delinquency” as a legal term does not describe any particular crime. Rather, any minor child who engages in behaviors or activities that would be considered criminal if committed by an adult is said to be delinquent. The terms “criminal” and “delinquent” are largely interchangeable, with the former referring to adults who commit crimes and the latter being reserved for children.

If this is your first time interacting with the juvenile court system, it is important to understand the difference between the terms “delinquent” and “undisciplined.” When a minor child engages in behavior that is harmful and inappropriate, but not technically illegal, they are considered undisciplined rather than delinquent. Skipping school on a regular basis is an example of common behavior that can meet the legal definition of undisciplined. Even without evidence of actual delinquency, the juvenile court or other state officials may get involved in cases of undisciplined behavior, depending on the nature and severity of the behavior.

The Law Offices of Huffman & Kendrick: Your Trusted Guide for the Waxhaw Juvenile Court System

The juvenile court system exists to help rehabilitate and guide troubled youths rather than punish them, but any legal proceeding can be an extremely overwhelming experience for minors and their families. Juvenile court exists at a very unique intersection of family law and criminal defense, and it requires a specialized legal team to navigate the process effectively. When you need help navigating the Waxhaw juvenile courts, the experienced and compassionate team at The Law Offices of Huffman & Kendrick look forward to talking with you about your situation.

She and her team are professional, courteous, have thorough communication skills (which is so important), and brought us through an intimidating experience successfully. Feeling vulnerable and out of our locus…

I have had horrible experiences in the past with attorneys! Most attorneys atleast in my experience were very rude, impolite, unreliable, unprofessional, and sketchy! So my experience with Huffman &…

Carol Kendrick was hired by some of my closest friends to handle some legal issues. Carol was well researched and prepared for the case. She made it seem like an…

When caught in an unbelievable situation that requires an attorney, searching for the right one is daunting. Carol Huffman Kendrick is a recommendation our family would like to share. Her…

Huffman & Kendrick law firm successfully took care of my needs. They worked hard and I’m sure over time to complete what I needed. They are amazing and treat all…

Do you have an Attorney on speed dial? Carol Kendrick is the best in Union County and the surrounding area. I got caught speeding 74 in a 45 mile an…

I recently just closed out another successful interaction with attorney Carol Kendrick and her awesome assistant Brittany. It’s rare that you can be 100% satisfied when dealing with legal matters,…

Carol and her staff treat their clients like family. I have absolute trust in her legal advice and guidance. Carol has advised me on legal matters involving real estate transactions,…

I contacted ms Carl Huffman Kendrick on a Wednesday afternoon. Provided her with the information required and by Thursday afternoon for attended a bond reduction hearing for us and we…

I got a traffic ticket for speeding and two days before the mandatory court date decided I better hire an attorney. Well there was a flat rate that seemed high…

By far the best lawyer around! Very helpful and quick. Our family used her father for over 25 years and then pasted down to Carol she does a wonderful job…

The best experience ever! Attorney Kendrick is the best. Her knowledge, dedication, and profesionalism is evident at all times. My whole family and I are extremely satisfied and amazed with…

I can't even begin to say how grateful we are to Carol for carrying my family through a very hard experience. She was so gracious to us and always honest…

If anyone I ever come across needs a lawyer, I will be giving them Carol's name and number with a quickness. I am not saying that it is okay for…

Huffman & Kendrick represented us in 3 separate cases, two of the cases were immediately dismissed, however, the third case had to go to trial after our offer to settle…

Carol Huffman Kendrick represented my son in a criminal court case. From my first meeting with Ms. Kendrick, I found her to be one of the most genuine people I…

Outstanding lawyer and staff. Carol kendrick and her team were professional, quick to respond to questions and concerns and were supportive through out the whole process. Her talent, knowledge and…

Mrs. Kendrick quickly and efficiently handled my traffic court precedings. I had 3 traffic charges against me and she was able to reduce it to where I have no points…

Attorney Carol Kendrick & her staff are the most intelligent, confident, & reliable law office in the area, & should you find yourself in a position where retaining an attorney…

Carol Kendrick is a wonderful attorney of the law, She and her staff are amazing at what they do! I feel she took the time needed to study my case…

My name is Rodney barnes, and When I tell you that they went above and beyond to help me! Huffman & Kendrick is amazing at what they do! Very professional…

Carol Huffman Kendrick came highly recommended as an intelligent and well versed attorney. From the beginning, it was evident that Ms. Kendrick was extremely knowledgeable of the Union County court…

In February 2020, I reached out to Mrs. Kendrick’s office. I was completely in shock of the events of the weekend. My child had been arrested for a serious offense.…

Carol Kendrick is by far the best attorney I’ve been with. She receives the facts and makes sure they are validated and heard. Kendrick is very organized and respected by…

Wow....I cannot put into words how beyond grateful I am to both Brittany and Carol for handling my unique legal problem with the utmost attention and care! They way they…

To the Huffman & Kendrick legal team. You all are the best team of professionals I've ever came into contact with. I'm overjoyed at the outcome of the matters that…

I was given a very serious offense, I came to Mrs. Kendrick for help, she was nothing but that. She always kept things real and never sugar coat anything, at…

I highly recommend attorney Carol Kendrick and her team. Carol is very calming and extremely professional. Believe me when i say that she knows her stuff and is probably one…

Mrs. Huffman-Kendrick is so awesome!! She is very personable and works hard for the best interest of her clients. She and her assistant, Brittany, are very nice and helpful. I…

I reached out to Carol Huffman Kendrick after my daughter received a ticket for going too fast for conditions. Carol supported our right to challenge the offense in an effort…

So beyond grateful that Carol Kendrick was able to get my speeding ticket dismissed. Carol Kendrick worked fast and I loved her friendly character. I would highly recommend her to…

Five stars are not enough to show how Ms. Kendrick and her team not only handled our case but treated our family. Her kindness and empathy were invaluable when we…

I highly recommend Ms. Carol Huffman Kendrick for any legal help that you need. Ms. Kendrick and her team are knowledgeable, attentive, efficient, professional and personable. Ms. Kendrick will provide…